Being able to send data from the apps you build has been one of the most requested features since we launched the beta. Today, we’re happy to announce that this feature will be part of our October update.

This feature is, at least in its initial incarnation, intended for your users to send data back to you. As such, you’re able to enter one or several e-mail addresses in Calcapp Creator that reports are sent to. Reports cannot be sent to an e-mail address specified in the app itself. This may change in the future. (If this sounds interesting, contact us and let us know what features you’re looking for.)

This is what a button that e-mails a report looks like in Calcapp Creator and in the apps you build: 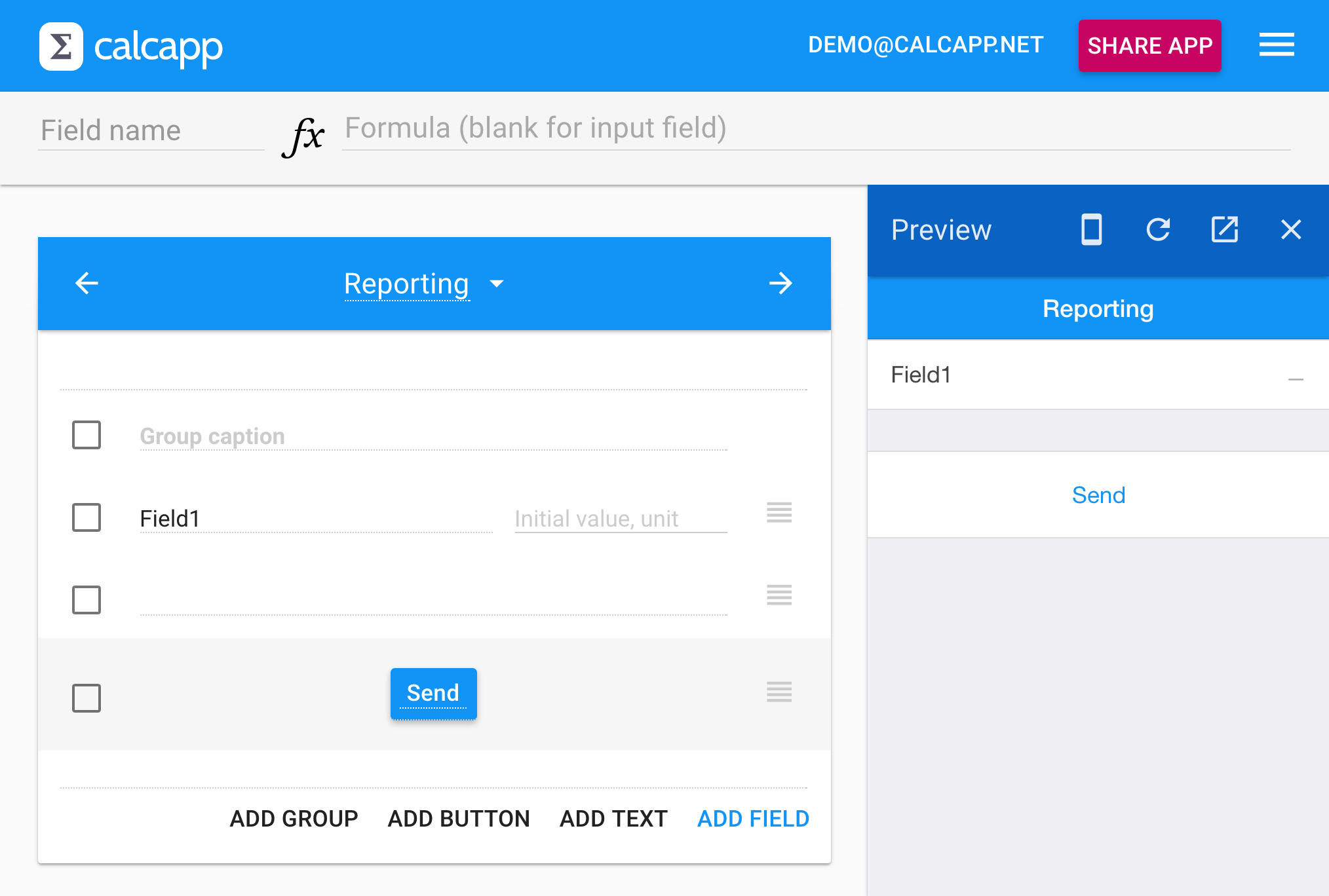 Buttons by default reset fields to their initial values. Change the action by selecting Action: Send report by e-mail from the drop-down menu in the left-hand inspector: 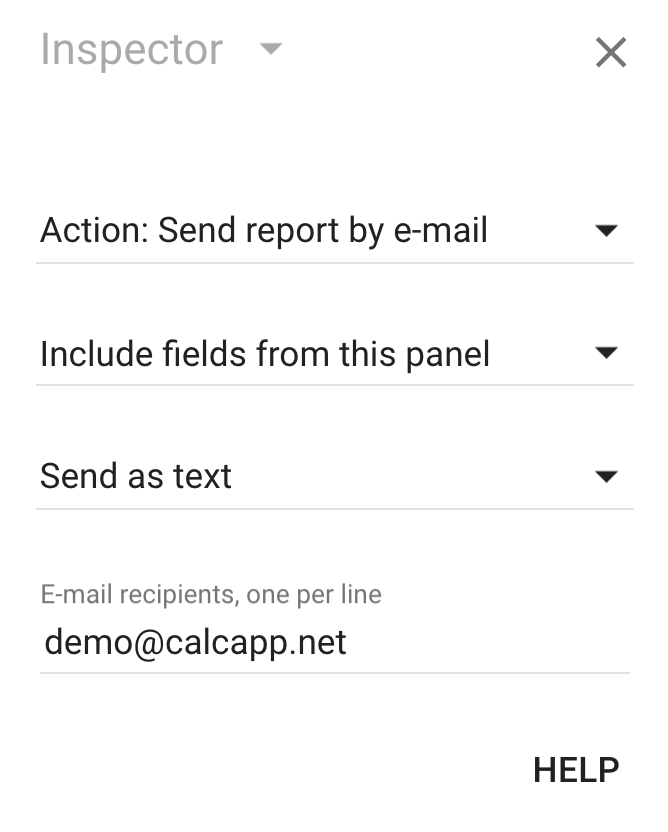 Use the inspector to customize various aspects of the generated reports and where they are sent. Add all e-mail addresses you want the reports to be sent to using the E-mail recipients box. Use the drop-down menu that initially reads Include fields from this panel to determine if fields from only the current panel should be included in the report or fields from all panels.

The most important thing you can customize, though, is whether report data is sent as text or as an attached file containing comma-separated values (CSV). (Use the drop-down menu that initially reads Send as text to customize this aspect.) A text report is great if you don’t need to process the data. This is what a text report might look like:

Comma-separated values, on the other hand, are easy to import into various programs, such as databases or spreadsheets like Excel, Google Sheets, LibreOffice or Apple Numbers. This is what the data above looks like imported into Google Sheets:

Hidden fields are included in both text and CSV reports. You can use hidden fields to calculate values that should be included in reports but should not be visible to your users. You could, for instance, have a hidden output field named Date connected to the formula TODAY() to capture the current date and time.

You can also send data by having your app contact your own server directly.

« Feature: Reset fields to their initial values Feature: Send app data to your own server »