Feature: Customize the sender of reports

Customize the sender of reports that are e-mailed from your apps with our next release. Soon, you will also be able to determine the sender using a formula.

With our upcoming release, you will be able to customize the sender of reports that are sent through e-mail from your apps. Today, these reports always appear to have been sent from support@calcapp.net. 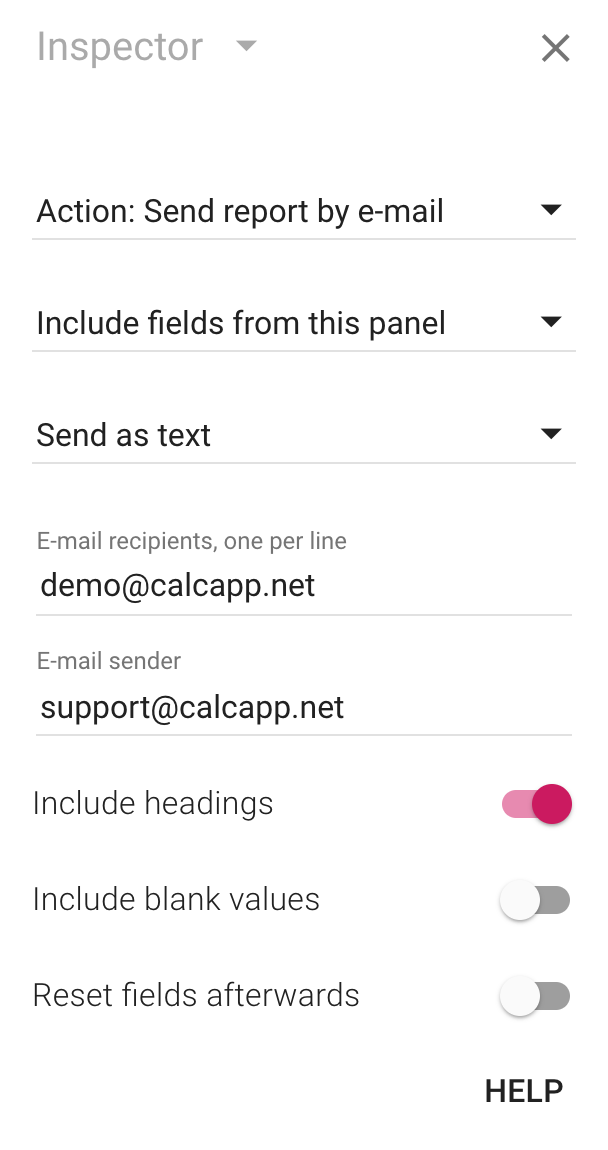 This feature will become far more powerful in the near future, with the advent of calculated properties. When this feature arrives, you’ll be able to determine the sender using a formula.

There’s a cleaning crew which makes heavy use of an app built with Calcapp. Their members use the app to report the hours they’ve worked to their coordinator through Calcapp’s reporting feature. Trouble is, he can’t easily tell which cleaner sent which report when looking at his inbox. Cleaners fill out their names using the app (using a drop-down field). When calculated properties arrive, the coordinator will be able to use a formula to determine the report sender based on the name selected in the drop-down field.

The formula associated with the Sender property may look something like this: