You can now pad numbers with leading zeroes by setting a minimum number of integer digits in the inspector. With a minimum number of four digits, 23 is formatted as 0023. As a bonus, we show how to accomplish the same thing using formulas and share some news regarding the venerable IF function.

What hasn’t been very straight-forward in the past has been formatting numbers with leading zeroes. Imagine if you always want a number to appear formatted with four digits at a minimum. That means that 23 should appear as 0023, 123 as 0123 and 12345 as 12345. Now, you can specify the number of integer digits a number should be formatted with, right in the inspector: 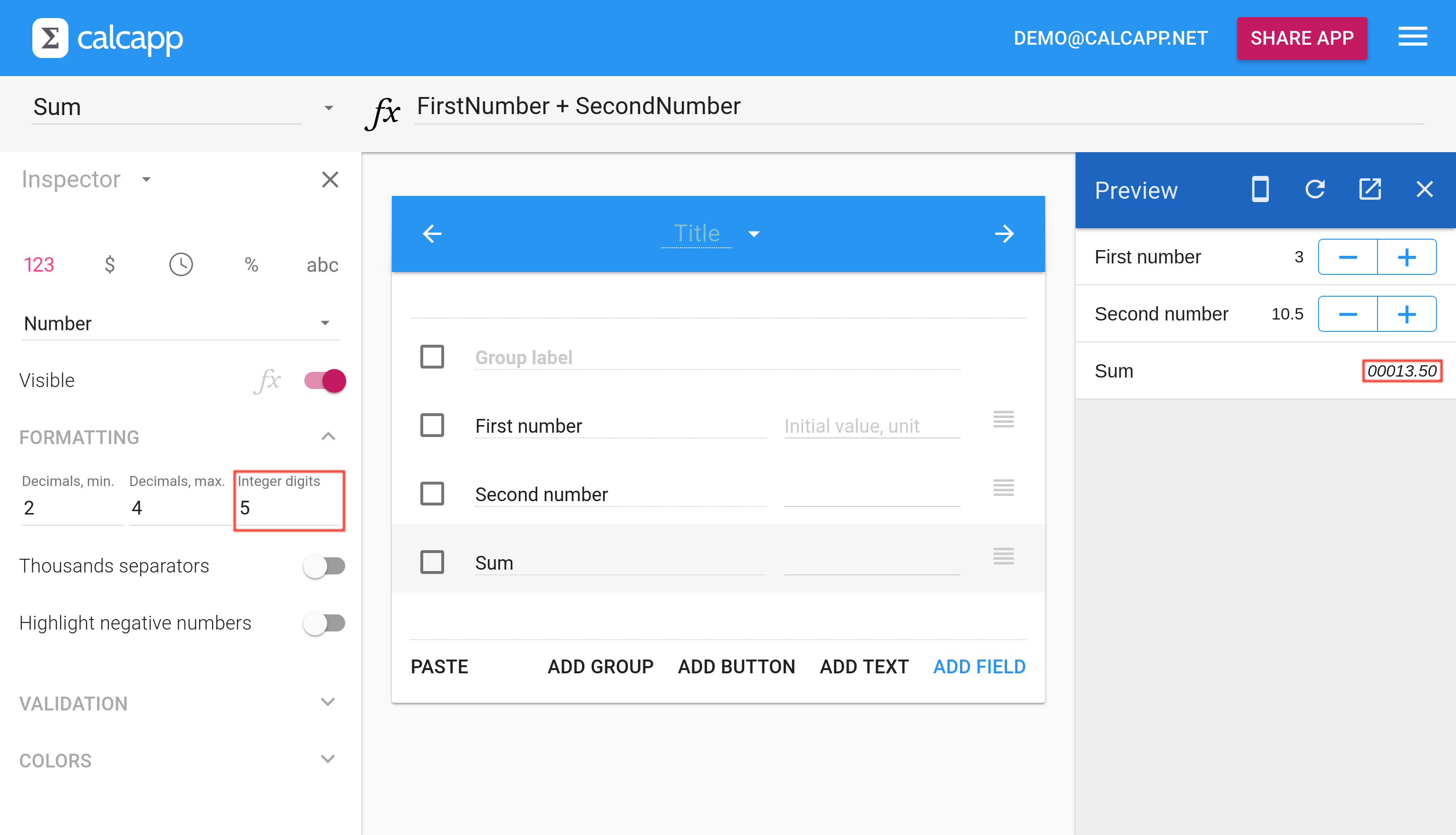 App creators have happily been creating fields with leading zeroes even without this feature, thanks to the flexibility afforded by Calcapp’s formulas. Here’s a now-redundant formula for formatting the value of Field1 with leading zeroes so that it always consists of at least four digits:

This formula first checks to see if the value of Field1 is defined and not blank. Then, it calculates the length of the formatted value of Field1 using the LEN function and subtracts the length from four, thereby calculating the number of leading zeroes.

Finally, a single zero is repeated the correct number of times using the REPT function, invoked with the text string “0” (producing “00” if Field1 is 23). That text string is then joined together with the actual value using the & operator, finally producing a text string such as “0023”.

Note: The eagle-eyed reader may have noticed that we only pass two parameters to the IF function in the formula above. Traditionally, the IF function takes three parameters: a condition which evaluates to TRUE or FALSE, a value to use if the condition evaluates to TRUE and a value to use if it evaluates to FALSE. It turns out that popular spreadsheets also accept only two parameters as well, allowing users to leave out the third parameter, which created work for some of our app creators. As a result, we have made the third parameter optional in Calcapp. IF now returns a blank value if the condition evaluates to FALSE and no third parameter is supplied. IF(2 > 3, 42) is thus now equivalent to IF(2 > 3, 42, BLANK()).