In most parts of the world, a 24 hour-clock (17:00) is used instead of a 12-hour clock (5 PM). Before Calcapp gained support for a large number of new languages, it formatted times according to the customs of the United States and as a result used a 12-hour clock. Now, if you select a language such as German, times are formatted with a 24-hour clock.

What if you want your app to use a language such as US English and still use a 24-hour clock? Our new release introduces a new property for date and time fields that does exactly this: 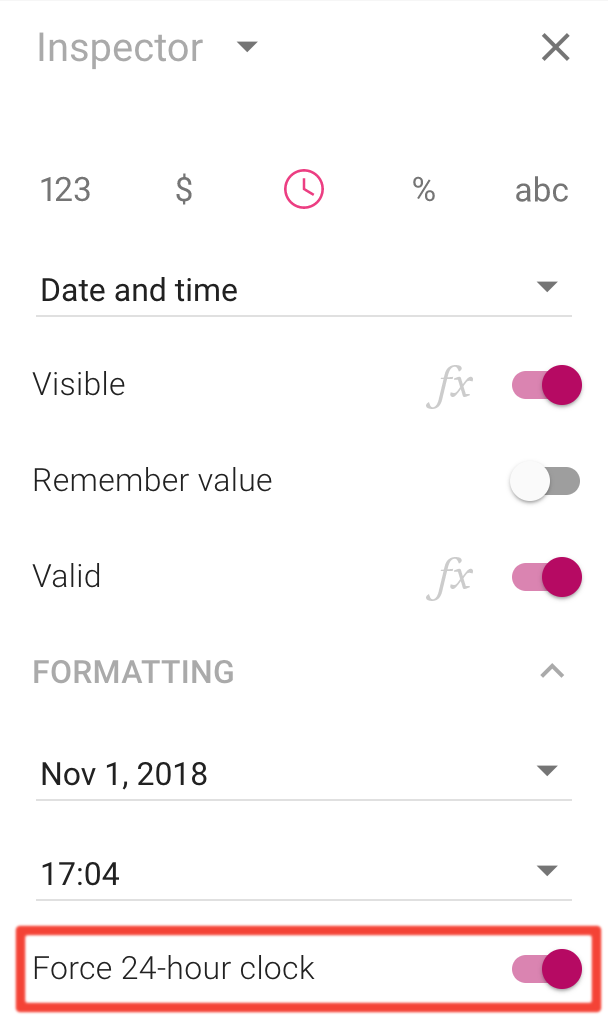