Remove the navigation bar from shared apps that have only one panel simply by ensuring that you don't type a panel title. This change especially benefits apps embedded in other websites.

For the most part, apps created with Calcapp are used as standalone apps on mobile devices and on desktop computers. During the past couple of months, though, more than half of all apps launched through our server have been embedded apps, meaning that they are part of various websites as opposed to launched for standalone use. The Argentine film industry, for instance, has a special website dedicated to hosting their app for calculating the salaries of workers in their industry. (Learn how to incorporate an app in your own website.)

Calcapp hasn’t always been a great fit for embedding apps, though. Previously, the primary concern was the inability to customize the colors of apps, making it impossible to get their colors to match the colors of the host website. Since we rolled out comprehensive support for setting custom colors in August, though, this problem has gone away.

A lesser problem has remained, though. If you embed apps in a website, you’re most likely not looking to create huge apps consisting of many panels. Rather, you probably want to create simple calculators that go with the content of your website. If your site has information on retirement planning, for instance, you probably want to include calculators that help users make sense of their finances.

Calcapp has handled large, sprawling apps well for a long time now, but simple, one-panel apps have had one major problem: the navigation bar has been impossible to get rid of. Here’s what a one-panel app typically looks like: 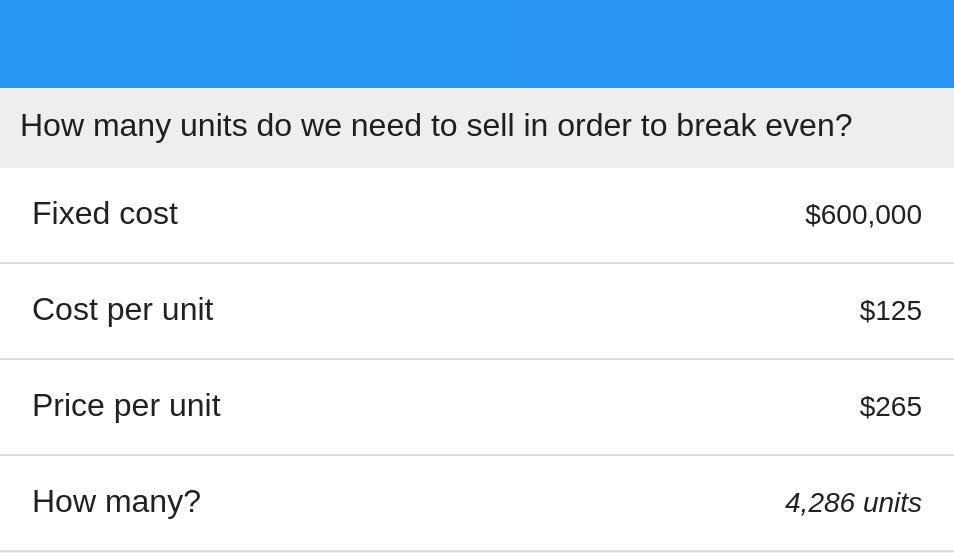 While you can make the navigation bar gray to make it less obtrusive, what you really want is to remove it completely. Our new release makes this possible:

We’re hoping that this change will go some way toward making Calcapp an even better choice when you’re looking to embed calculators in your site.