Feature: 26 fonts for use in text boxes

You can now use 26 new fonts when formatting text in text boxes, including serif, sans-serif, monospace and playful display fonts. Custom fonts work even when your app runs offline.

Calcapp Creator now enables you to use 26 fonts when formatting text in text boxes. Change the font using the new font drop-down in the inspector: 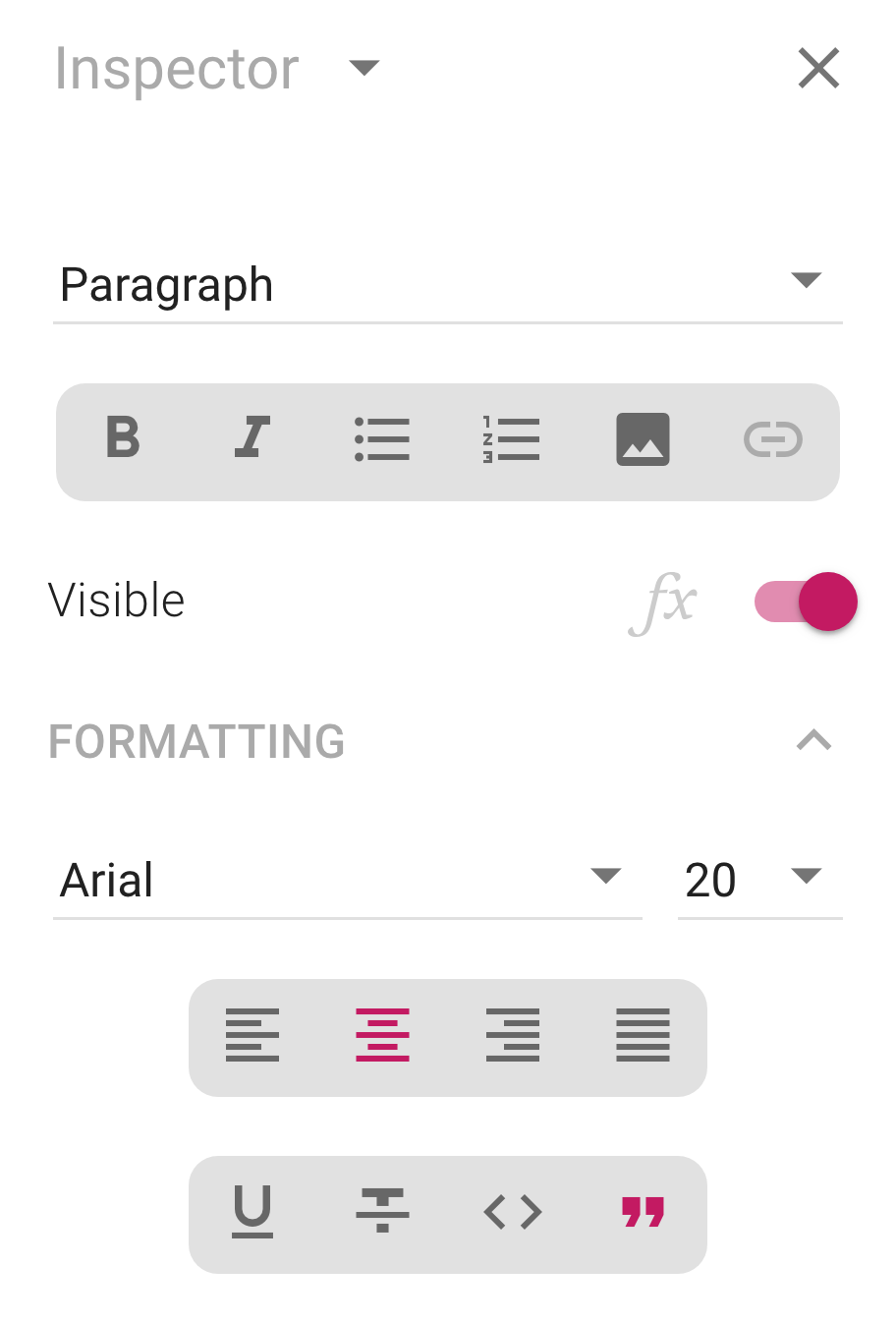 These are the new fonts:

The other system fonts in the image above (Arial, Courier New and Times New Roman) use font files installed on the device your app runs on. Typically, these three fonts are available on computers running Windows and macOS and on iPhones and iPads. On Android devices and on Linux computers, these fonts are not typically available, meaning that those systems will select a similar font.

All other fonts in the list above come bundled with your app, meaning that they will look right no matter what device is used to run your app. Custom fonts work regardless of whether your app is run online or offline.

The fonts we make use of in Calcapp are open fonts, released under licenses allowing us and anyone else to use them for free (Open Font License and Apache License 2.0). That means that if you see a font you like in Calcapp, you can download that font and use it in your other projects.

These are the available fonts, along with links to Google Fonts where you can download the font, learn more about its designers and the license it is available under:

« Feature: Formatted text improvements Feature: Use your own logo »