Tip: Include only selected fields in reports

Reports sent by your users normally contain all fields of your app or only the fields of the current panel. This tip demonstrates how you can select precisely what fields to include, which cuts down on the size of the reports.

Calcapp’s reporting feature enables users to send data they have entered back to you through e-mail or to open reports on their own devices. You can instruct Calcapp Creator to include all fields in the entire app or only the fields of the current calculation panel.

For many users, this is too restrictive. Either you get reports that don’t contain the data you’re looking for or you get multi-page reports containing far too much data, which you’ll then have to sift through. Even worse, hidden fields are always included in reports, making them even more cluttered with data you may not be interested in.

Making reports more customizable is high on our list of future improvements we’d like to make, but in the meantime, here’s a tip which enables you to select what fields to include today. The only downside is that you may need to direct your users to a separate panel mostly containing a button that sends the data.

The key idea here is that hidden fields are always included in reports. Using Calcapp’s support for cross-references, you can include hidden fields which reference fields of other panels that should be included in your report.

Here’s what a calculation panel may look like which uses this technique: 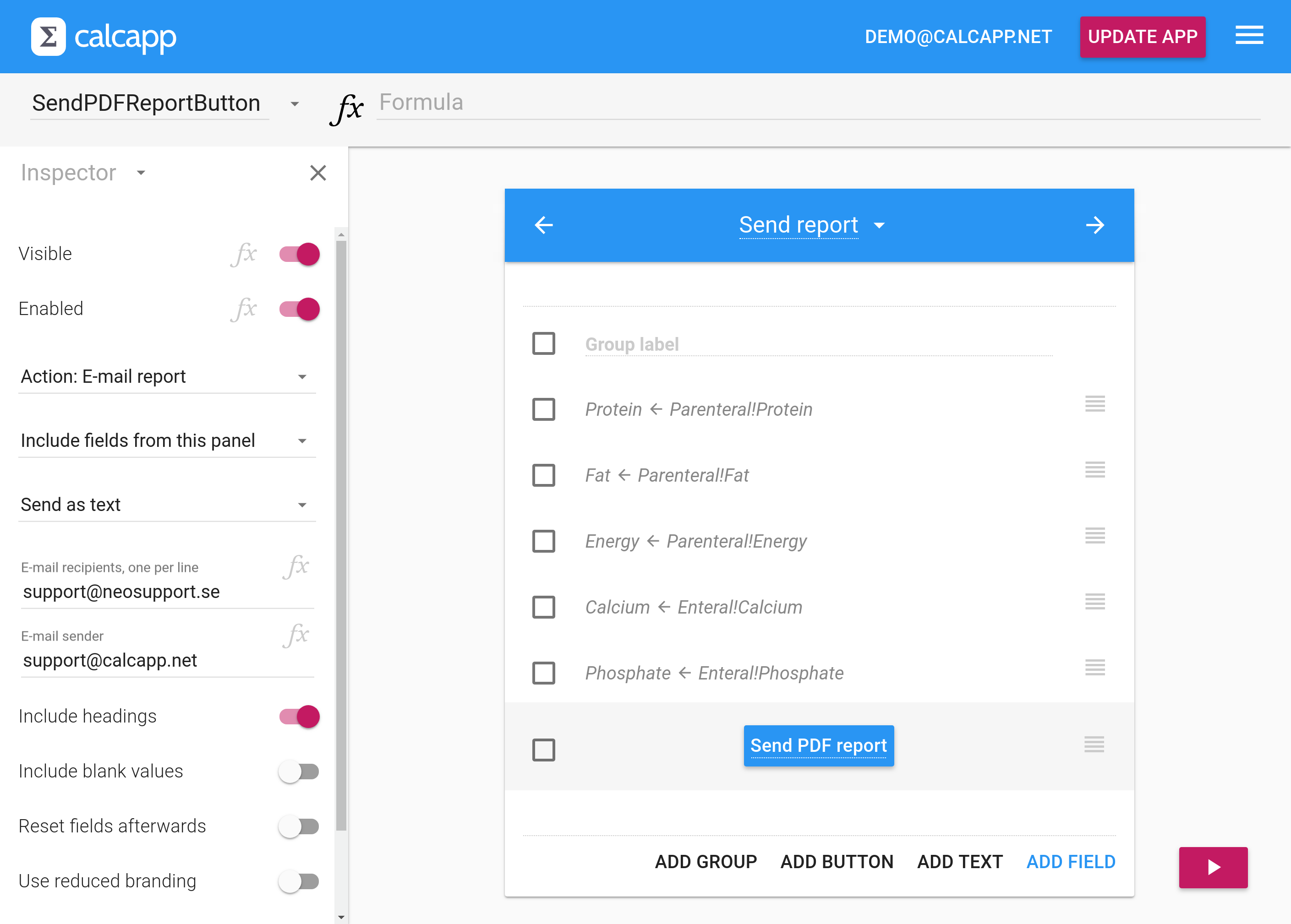 The resulting report only includes fields from the current panel, which only consists of hidden fields whose formulas reference the fields that we want to include in the report. The formula for the Protein field, for instance, reads Parenteral!Protein, which references the Protein field of the Parenteral calculation panel.

You’re free to make visible fields part of the calculation panel with the report button, just keep in mind that they will all be included in the report.

Do you want to share a tip with other Calcapp users through this blog? Let us know!