The Manage apps window now categorizes apps by their plans. It also allows you to sort apps by their modification time, which is great if you store many backup copies of your apps. Duplicating an app always puts the copy on the Free plan.

The Manage apps window appears every time you start Calcapp Creator and allows you to select an existing app to work with or to create a new app based on a template. You can also reach this window by selecting Manage apps… from the main menu . 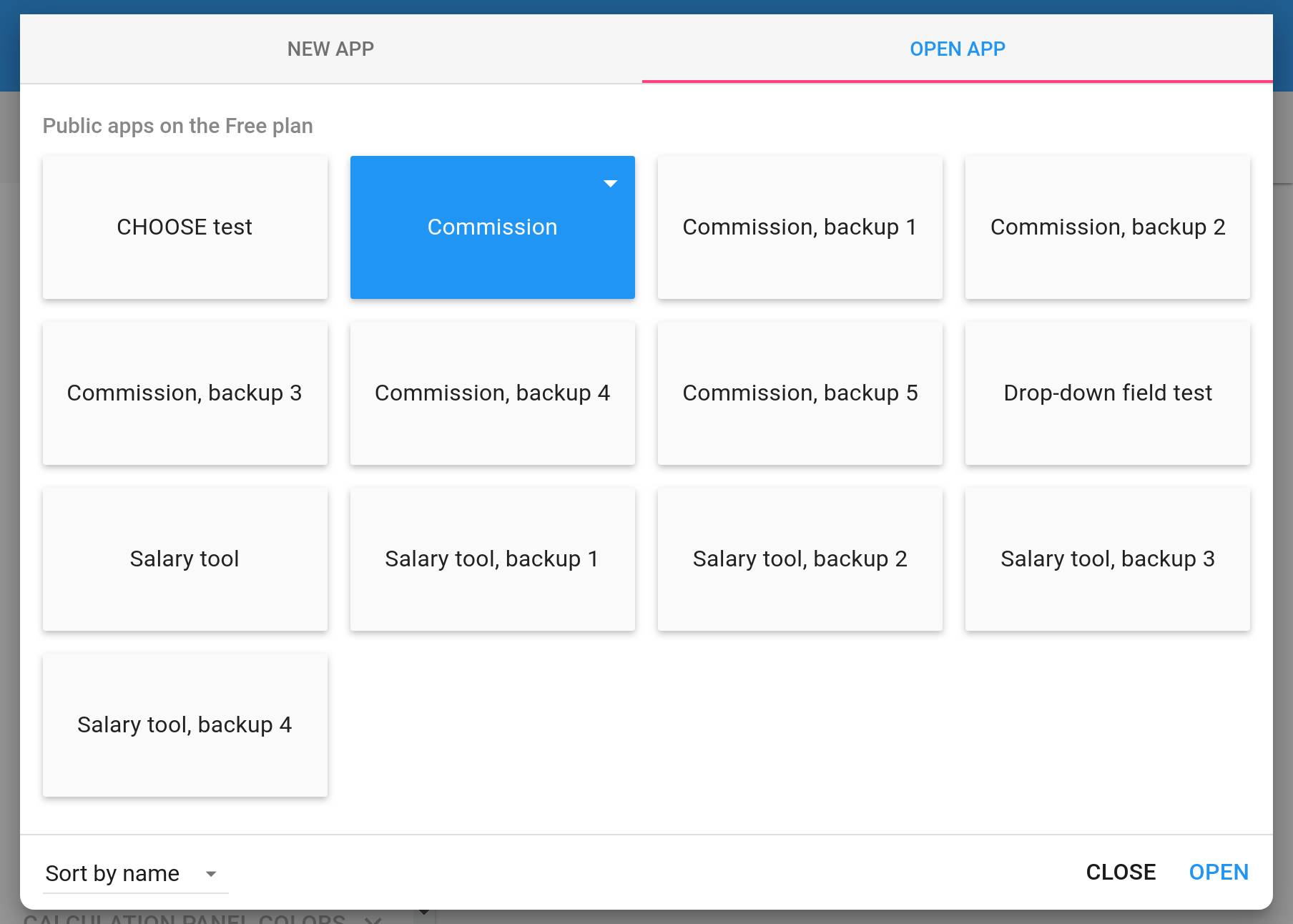 Our April release introduces support for paid plans. The manage apps window now categorizes all apps by their plans. In the image above, all apps are on the Free plan for public apps.

We have hundreds of test apps scattered through our accounts, mostly created in the course of providing support to our users. Sorting through all these apps is a major annoyance for us, but one we elected not to fix in the past, as we thought that we had many more apps in our accounts that most of our users.

(We try to resist the urge to fix issues we don’t think are felt by the community at large. Sometimes we just can’t help ourselves, though, like when we added support for keyboard shortcuts and made the formula bar resizable.)

It turns out that many users have lots of apps in their accounts, though, sometimes numbering in the hundreds. This is mostly on account of our users actively creating backup copies of their apps.

That means that we now finally had our excuse to enable apps to be sorted by date. In the image above, the user created two test apps when he or she first started experimenting with Calcapp. Wouldn’t it be great if those apps could appear last and the most recently modified apps appear first?

With our new release, simply click the drop-down that reads Sort by name and select Sort by modification time to achieve this: 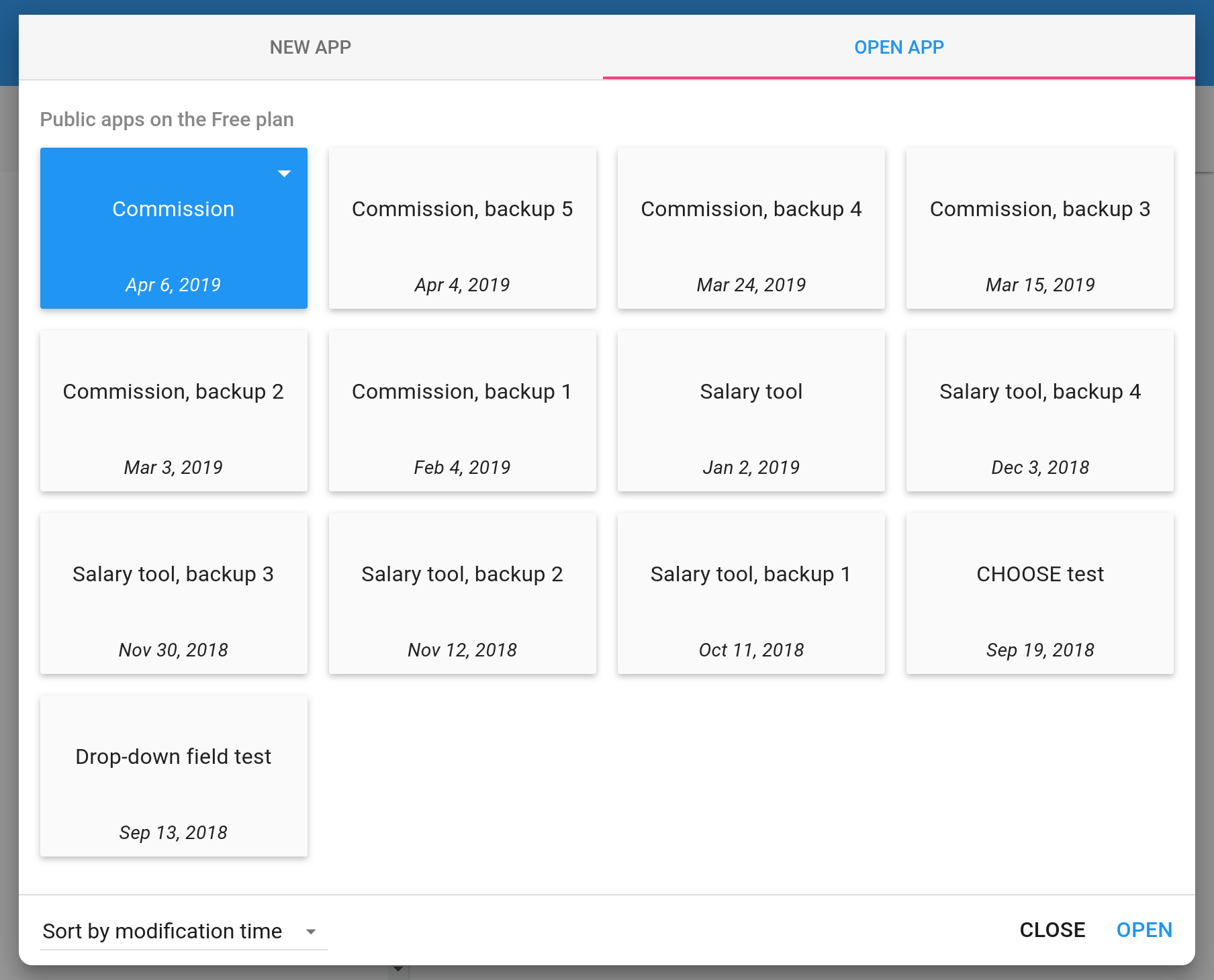 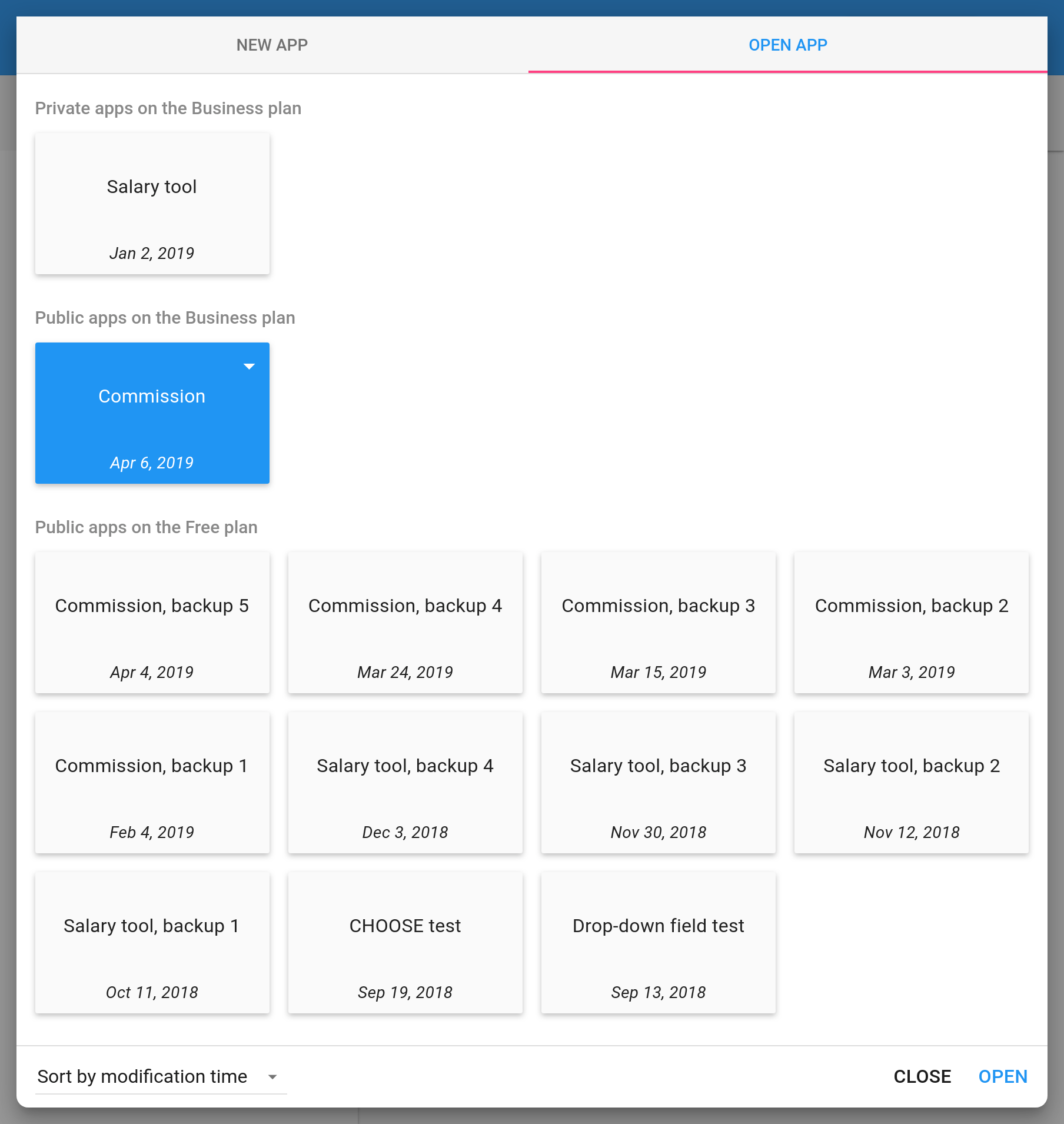 That means that if you ever need to cancel your Calcapp subscription, use the Manage apps window to find all your apps on paid plans and downgrade them to the Free plan, one by one.

When you duplicate an app (by pressing the menu button next to the app and selecting Duplicate app), the duplicate is always put on the Free plan for public apps. In effect, you can create any number of duplicates of your paid apps without paying for these duplicates, which works especially well for backup copies.