The Statistics window now enables you to learn how a particular user is using a private app. For such apps, there is a new drop-down menu with a list of all users you have defined in the Users window.

We introduced the new Statistics window in April, which answers some of the questions you may have about how your app is doing. You can view charts detailing the number of times an app has been launched, the number of times reports have been sent and the number of users who have signed into your private apps.

For private apps, you often want to dig deeper to learn how your individual users are using your apps and, starting today, this feature is now available. We’re adding a drop-down menu with all your users to the Statistics window: 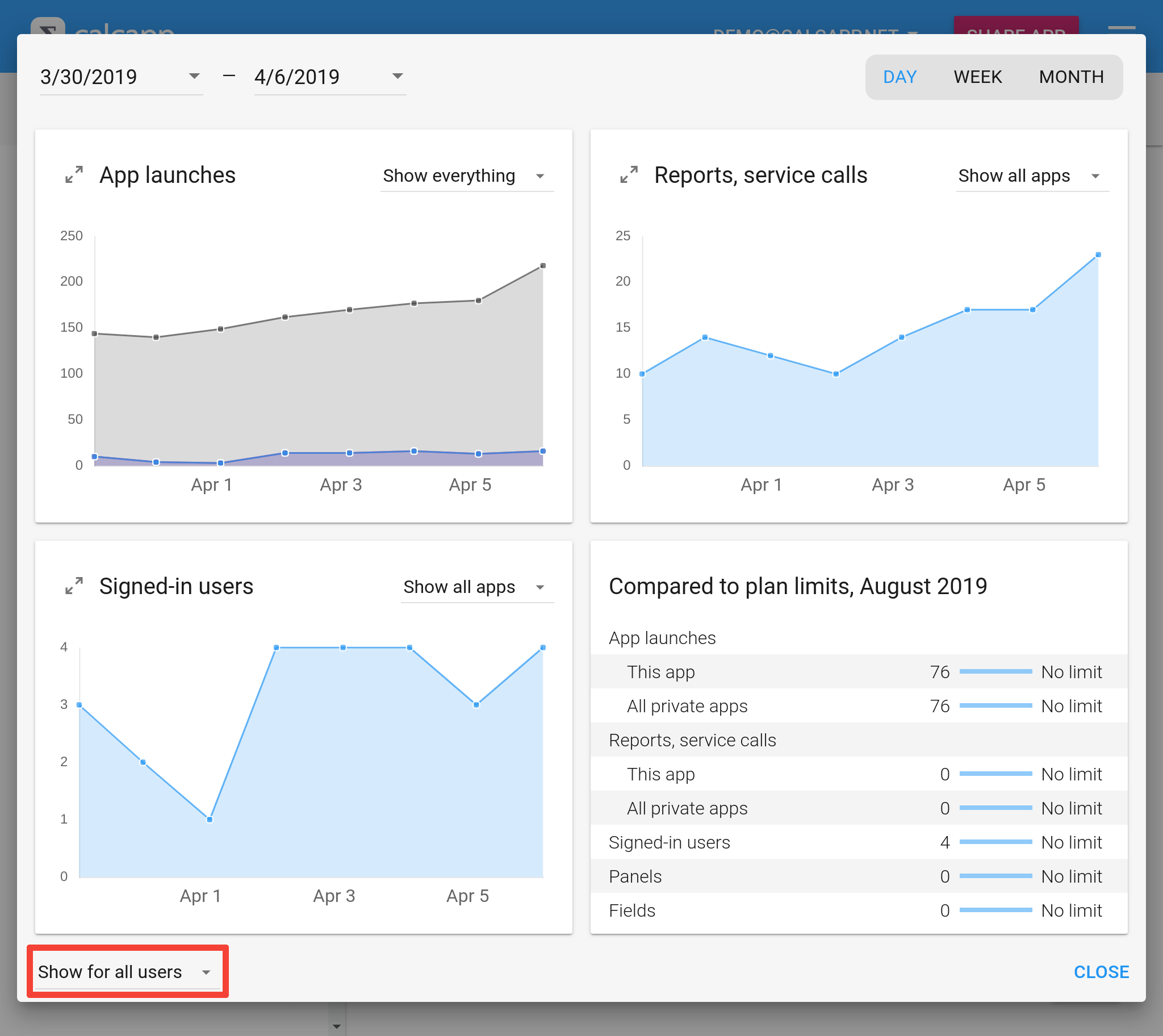 Select a user to learn how that particular user is using the current private app. You can also select Show all private apps from the drop-down menus to get data at the level of all your private apps instead of just the app that is currently loaded.

The new drop-down menu is only displayed if the currently-loaded app in the app designer is a private app. However, the list of users displayed in the menu includes all the users you have defined, including users who are not authorized to run the current app.